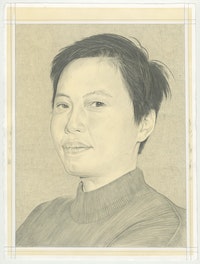 A circle made by walking

To walk is an imprint and an excavation. With each step we take, we impress ourselves into the earth, the concrete, the pliant grass. We make a small impression in the shape of our foot, in the depth of our particular weight. The pressure urging along the preservation of small treasures or secrets buried just under the surface. A small ghost of us laid to rest. 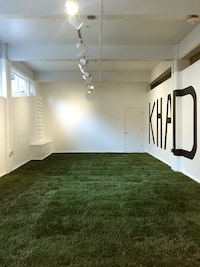 I started walking as an artist in 2005 as a way to experience a kind of freedom, to feel my body as an agent of transport and discovery in the world. This “world” involved not only a research-oriented approach to site-specificity but the communitas found with other walkers, with groups on the move together, and the potential of learning from each other through storytelling and other knowledge-sharing practices.

How to Draw a Dog

Continuity between steps is everything, it seems. This was Trisha Brown’s theorem, tested out on New York’s urban brickscape: that the flows we establish by walking on and within things are a frequently occluded but almost ecstatic form of engagement with the world.

Like footprints, stitching takes the form of broken lines. As agents of transition, broken or dashed lines mark movement and express change. They feel provisional, active. In design, dashed boxes are placeholders, wayfinding devices, and soft boundaries between graphic elements. As vehicles of the in-between, dashed lines measure distances, outline one thing behind another, and map uncharted territory and plans for new roads. 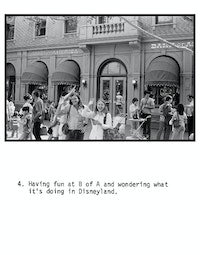 One problem with being a poet—perhaps the least of a poet’s problems—is that a poet can always be “working on something.”

Early afternoon, Glastonbury: London-based artist Chiara Ambrosio and I have left the cottage where we had slept, fortified by a breakfast of cherry tomatoes roasted in a ramekin and spread on toast. We made our way through the English fog and ascended the mysterious Tor—a cone-shaped hill rising from the landscape crowned with a mysterious tower dedicated to St. Michael (who, being an Archangel, has a legendary love of high perches). I peered out from the arched doorway over the Somerset rooftops, and asked Chiara to snap a photo. 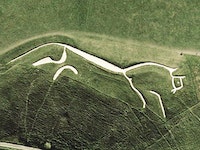 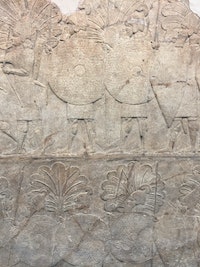