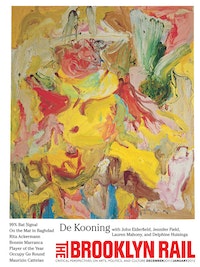 The Diary of Martín Santomé: A Novel

This is the second English translation of the novel, La Tregua by Mario Benedetti that was first published by Editorial Nueva Imagen, S.A. in 1960. Originally translated by Benjamin Graham and published in 1969 by Harper & Row as The Truce, the novel is long out of print in English. The Rail will be serializing this Benedetti masterpiece over the winter and into the spring of 2012.

T. Motley is a comic strip illustrator and "cartooniologist."

Kurt Vonnegut at the Writers’ Workshop

I was a student of Kurt Vonnegut, Jr.'s at the University of Iowa Writers' Workshop and we remained in touch from those years until his death. Vonnegut was not famous, when he taught there.