Like many people—at least, that’s what I tell myself these days—I wrote Naomi Klein off when she first appeared on the scene in the late 90s. There were too many earnest activists toting around No Logo, her surprise million-plus bestseller on the buzzword of that bygone day: “globalization.”

Have you read Gulliver’s Travels lately?

An architectural oddity stands out amidst the landmark homes of Greenwich Village: at 18 West 11th Street, the front door is recessed at an angle, the bay window a jutting, diagonal wedge of brick and glass. Distinctively nineteen- rather than eighteen-eighties in design, it is where prominent political activist and Weatherman leader Cathy Wilkerson found grisly realization of the radical catchphrase “Bring the War Home.” She didn’t mean it to be this close—it was her dad’s house that blew up on the morning of March 6, 1970 with her and four others inside. 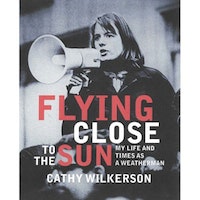 King Corn, a new documentary that premieres at Cinema Village on October 12th, cleverly and entertainingly engages the topic of corn, the dominant crop in U.S. agribusiness and also an ingredient central to the processed foods that plague American society.

“I had to keep filming to figure out this modern crazy life,” Jennifer Fox says at the beginning of Flying: Confessions of a Free Woman. In 2002, she was at a crossroads and needed to make a different life for herself. The result is this eerily convoluted but totally engrossing six-hour epic.

I toyed around for a while with the idea of calling this piece, “Bonjour, Au Revoir.” I thought that A) it just sounded pretty hilarious, and B) the word bonjour has always had a sort of wonderfully pretentious French flair that I like. I guess au revoir does too, but I decided against it. 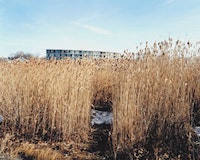