It’s a steaming hot afternoon in mid-June. At a drinking fountain near the dried-out basin of McCarren Pool in Greenpoint, a dozen kids fight over a narrow jet of water. 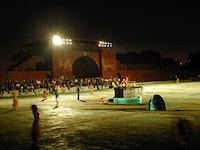 Asked what aspect of their lives they most wanted to explore as new journalists, our students—a mix of urban youth between the ages of 13 to 19 who attend schools that range from large and under-funded to small and specialized, from alternative to Catholic, or to schooling at home—spoke up clearly. What matters most to them is the state of their own education and the role that school plays in this regard.

Crossing the Line: The Story of Fat Nick

Midway through the rap artist Cassidy’s “I’m a Hustla” video, Nicholas “Fat Nick” Minucci appears for a moment in a street scene, outfitted in a black sweatshirt with a silver crucifix around his neck, looking every bit the part of a gangsta rap groupie. 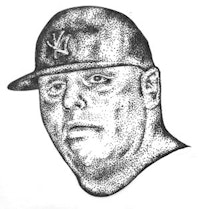 Race Is On for the Future of Central Brooklyn

More than a few onlookers have characterized this political season’s most exciting local contest as a battle over race. 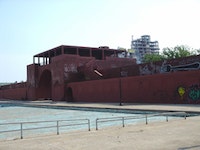