Ted Pelton’s new novel Malcolm & Jack and Other Famous American Criminals takes a daring and ambitious approach to a well-documented era in American history. Because it is told from many points of view, it doesn’t simply follow one or two characters through momentous events in their lives. It is instead a series of short novellas in which either of the main characters, Malcolm X and Jack Kerouac, appears as a cameo or as central protagonist. One is immediately taken in by the concision and simplicity of the language Pelton employs, as the many first-person narrators use their own idioms, dialects, street talk and whatnot, making the book an enjoyable one to read over and above its important social and historical implications. While we are given intimate portraits of important historical figures, we also come to understand why these figures represent for us the changing attitudes of the social imagination that began, as the novel claims, during and just after WWII, but that did not make its way into the mainstream (and into legal protections) until the mid-to-late 1960s.

This history is explained to us at the start of the book, which leads to a slight disappointment when the narrative voice suddenly shifts into a “real time” description of the chance meeting of the two notorious celebrities, Jack Kerouac and Malcolm X. Most chapters are provided with introductory paragraphs, so that the testimonials that follow put us behind the scenes, as if we are listening in to off-stage or candid documentary reflections:

His family would think he’s crazy listening to that nigger music, but Jack don’t

care, Jack just wants to swing and delight to the sound: fast, fast, fast. And Red

of ’em. You gonna be dead before you’ve worn out your first shaving razor. Red

don’t care. What’s Red got to live for? Jack’s got it all in front of him and Red

tries to stay in front of it all or else it’ll catch up.

The intended effect is that we are there with the characters as they tell us how it really was in those days—a naÃ¯ve, racist, sexually closeted, and criminally dangerous world. Malcolm X and Jack Kerouac serve as masters of ceremonies who make appearances in the lives of different individuals, each of whom is the focus and voice of a different chapter: jazz singer Billie Holiday discusses her life while in prison for drug abuse, the peripheral pre-Beat figures Lucien Carr and his murder victim David Kammerer take part in a musical that dramatizes the last days of Kammerer’s life, Malcolm X is followed in third-person prose through his pre-political days as street hustler “Red Little,” Jack Kerouac and his first wife Edith Parker are shown to us in Grosse Point Park, Michigan from her point of view; and then, concluding the novel, we hear the voice of the totally fictional “Dick Post” providing us a sociological monologue about his sexual history as described for Alfred Kinsey’s famous study of the 1940s. 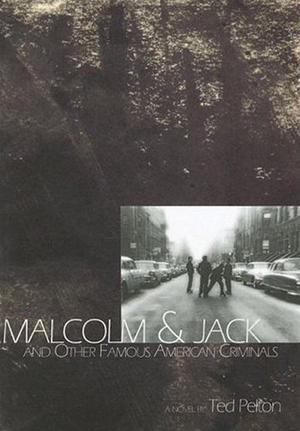 Each of these linked novellas is eminently readable, and moves at an easy plain-spoken pace. This kind of veritÃ© style has some drawbacks, though, in the affected mannerisms of characters who should have more psychological depth, as in the character of Edie Parker, whose sweet and simple language tells us nothing of the young woman she must have been, living in downtown New York City in an apartment full of fast-living twenty-somethings. It is hard to believe that she is someone willing to rush into marriage in order to help her lover get out of accessory-to-murder charges. In a book that intends to break out of prevailing American stereotypes and prejudices with an account of our real relations, these simplifications don’t fully convince. Yet this criticism shouldn’t detract from the true strength of the novel, as it combines historical protagonists into an enabling myth of America’s social promise as a multi-layered, finely-integrated ethnic and sexual world of possibility. Without ambiguity, these “Famous American Criminals” are painted as its underdog heroes, who will arise from the very margins that the mainstream culture represses, outlaws, forbids, or simply blinds itself to, in order to define that society in the decades to come. While it is ostensibly a madcap romp through the lurid escapades of Beat Generation babies, closeted homosexuals (quite literally portrayed here as a sex scene in a closet), and interracial adventurers, the book does have a point. It delineates the three great dreams of American society: sexual freedom, the tearing down of divisions and inequalities, and the irrepressible search for the new. And this comes at a time when these dreams begin to haunt us when the Stonewall rebellion, Roe v. Wade, and the Civil Rights Movement have been eroded by decades of reaction.

Pelton uses the iconic capital of his protagonists in much the same way that Hollywood re-introduces the same comic book heroes to moviegoers every ten years or so. He wants to see how much we still recognize ourselves in the figures that once defined the limits of our social, creative, and sexual possibility. Some of the uncertainty of the late War Years, in the chaotic history of these self-interested individualists, remains as an index of who we are today. That this story has explanatory power in our current malaise accounts for some of the contextualizing interludes and interruptions that the narrator adds to our novelistic experience. These critical and clinical frames are ways of revealing the artifice of the project, lest we begin to take the book too seriously. The book is a reflection on the meaning of history, and points to its social importance for that fact. On its own terms we must see the hybridity and contrasting social relations depicted within it as mounting a real critique of the “spiffed up and shiny” status quo that orders individuals to separate and isolate themselves from other races and potential sexual partners. Pelton’s book gives testimony to the important influence both black American and white American traditions have had on one another. Pointing to the chaos of the War Years in the domestic scene, Pelton tells a contemporary story, whose meaning may be, in a phrase, that desire always has a way of overflowing the flimsy boundaries put up around it. The novel succeeds in showing, on the one hand, the attendant dangers that came along with these desires, but also that the need for speed, for the music to be “fast, fast, fast” was also a big part of the process.

DOUGLAS MANSON is the author of the book of poems Roofing and Siding (BlazeVOX book, 2007).

A Bonkers Workplace Comedy About Life and Grief in Events

If you’ve dreaded going back into the office, Events confirms the return may be worse than you imagined. Much, much worse.

Data/Body: Corpus and the Cloud Empire of our Lives

My last column addressed generative art, a practice in which artists often use data sets to create complex works about our world. But where does that data come from? And, more importantly, can the aestheticization of data ignore its historical context or the privacy issues of its contemporary context?

Veneration, respect, acceptance can turn things—images, but also systems—into something live, real, and revered; certainly not questionable. I have recently read a novel, which was composed by SMS messages and emails sent piecemeal from a clandestine iPhone by an Iranian Kurdish journalist imprisoned for five years on Manus Island in Australia. His crime? Trying to save his life by escaping from Iran, seeking asylum in the land of freedom. The book won several awards in that same country that locked him up and tortured him. The New York Times calls the author, Behrouz Boochani, “Australia’s most important writer.”