Why I love The Pittsburgh Steelers

Me and my old man were watching the first Steelers-Cowboys Super Bowl. Mean Joe Green crushed Christian Roger Staubach and I screamed that I loved the Steelers forever.

My Begrudging Admiration for the Indianapolis Colts

Growing up next to Chicago, I never though much about Indianapolis. Nor did I have any reason to: Until the mid-1980’s, Naptown had only one professional sports team, the Pacers, who weren’t exactly noteworthy in those years.

Consensus makes my skin crawl. This feeling likely results from my having attended too many direct action spokes-council meetings where consensus means lowest common denominator agreement, an agreement later ignored in the name of “diversity of tactics.”

Unlike Dublin, St. Petersburg, or many other places, New York City pays little attention to its rich literary heritage. There are precious few plaques on historic buildings where writers worked or slept. And in terms of statues, “There’s only one I can think of now,” says Harvey Shapiro, poet and former Editor of the Times Book Review: “William Cullen Bryant in Bryant Park, placed there by his cohorts of The Century Association, of which he was once the president.”

Bonfire of the French Vanities

The gap between the Republic’s dysfunctional universalist dogmas and a real-life suburban world at war with itself is so wide in France that a fire can spread in the middle with nothing to stop it—save a brutal Leviathan to kill the fire and erase all traces of what first sparked it.

Xmas at the Q

Having spent 10 holiday seasons inside the 25-foot walls of San Quentin State Prison, I can assure you that one of the many things that makes life inside a maximum-security penitentiary different and difficult is that the holidays creep up on you so very quickly.

I remember once reading a very short excerpt in the newspaper of one of Osama bin Laden’s publicly released statements and being surprised by how clear he sounded. It was about a year after the 9/11 attack and bin Laden said that he was fighting America (and the American-dominated UN power structure) because we support Israel at the cost of Palestine, and because of our constant intrusion into the political life of countries throughout the Muslim world. 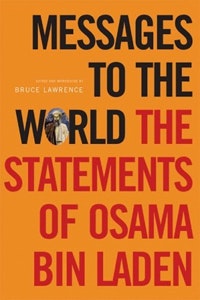 The Nature of the System/It’s the System Not the Man: Eugene Jarecki with Williams Cole

Eugene Jarecki’s new film Why We Fight won the 2005 Grand Jury Prize at the Sundance Film Festival. It premieres on January 20 in New York and LA and rolls out nationally soon after.

Katrina Vanden Heuvel is now both editor and publisher of the Nation. At the end of November, Rail editor Theodore Hamm sat down with her to discuss the state of the world, and the future of the Nation. 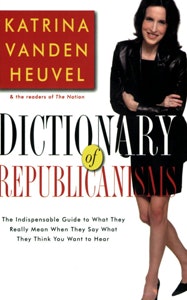 A Riposte to Retort

Among the millions who marched in the world’s streets before the American assault on Iraq and the hundreds of thousands who demonstrated against the war while the Republicans met in New York to reannoint G.W. Bush, I was not, I am sure, the only one to have felt a curious sensation of political energy coexisting with the assumption of failure.

In Texas a Model of Criminal Justice (Honest)

The specter of the incorrigible, violent criminal animates much of the debate in our country around criminal justice. Inevitably, it has seeped into our notions of juvenile justice as well. 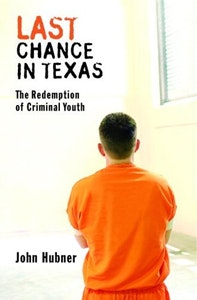 Country and the City

It was getting close to curtain time on “Country’s Biggest Night,” as the Country Music Association Awards bills itself. But music writer-cum-political reporter Chris Willman still hadn’t taken his place among the 150 other journalists covering the event in the media center backstage at Madison Square Garden, where the CMA’s were being presented outside of Nashville for the first time in their 39-year history. 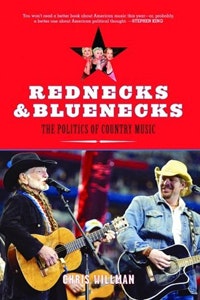