ARTBEAT: An Artist's Workshop for the World

The corner of Front and Washington Street in DUMBO was buzzing with a surprising amount of activity when I met with John Bjerklie, one of the directors of the Triangle Artists Workshop, which will soon celebrate its 20th anniversary at a new location.

A Film Festival Blossoms in Brooklyn

Each spring, New York gets film festival fever. Late March and early April bring the New York Underground Film and Video Festival and the New Directors/New Films series. And by May, the Avignon-New York Film Festival, the Gen Art Film Festival, and our own Williamsburg Brooklyn Film Festival (WBFF) all will have showcased new films from around the world. 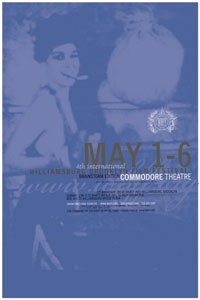