One can find the Czech Republic, perhaps with some difficulty, in the middle of the European continent. One will have an even harder time finding it on a map of contemporary art. Czech artists do not form a strong and visible lobby. 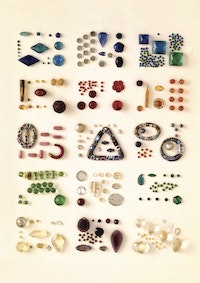 After 1989, Czech art opened itself up to the world. Foreign curators and galleries have been hunting in the Czech art scene a little like archeologists—unearthing some artists while leaving others to rest in peace.