Starting with the title, cruel irony abounds in journalist David France’s How To Survive a Plague, a systemic dissection of the NYC-based gay community’s response to the AIDS epidemic and the lessons learned by its principal activists.

One Night in the Bush
Miguel Gomes’s Tabu

There’s scarce sound, but you can almost hear the clinking of champagne glasses: in a green landscape dotted with silent black servants and gallivanting bourgeoisie, the billowing white leisurewear of a late ’60s colonial community in Tabu takes on a Proustian, hallucinatory weight.

Close your eyes and imagine a megaplex—say, the AMC Regal E-Walk 42nd Street—converted into a massive, orgiastic, and yet somehow profitable bonanza of world cinema for ten consecutive days. Apparently, this is what happens every September at the Scotiabank Theatre (alongside ten other, also ridiculously huge venues), all nestled between skyscraper-condo construction sites in the main drag of downtown Toronto for said city’s International Film Festival.

HERE’S TO THE CRAZY ONES
Bertrand Bonello’s Nocturama

For exactly one afternoon last month, the streets of Toronto were abuzz with a question: Why was Bertrand Bonello’s Nocturama not selected for the New York Film Festival?

The nonstop interfacing of digital media with every expiring millisecond of day-to-day life pokes at some uncomfortable questions, especially when the philosophical dilemma of the personal device is turned away from our custom-curated social media timelines and back towards the outside world.

Destination Out: Cinematic Illumination, More Than Cinema and Japanese Expanded Cinema and Intermedia

Cinematic Illumination, More Than Cinema and Japanese Expanded Cinema and Intermedia: Critical Texts of the 1960s enrich our understanding of the political and intellectual contexts for the disparate strands of the Japanese film avant-garde. 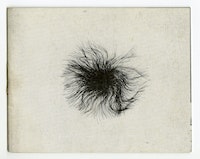 Ali Samadi Ahadi’s half-animated documentary The Green Wave could do a fair bit to enliven this conversation, working best as a compendium of first-person stories gleaned from interviews, anonymously quoted tweets, blog entries, and documentary footage.

A different approach can be sniffed out in the documentaries of Brazilian documentarian Eduardo Coutinho. The filmmaker was stabbed to death by his schizophrenic son last February at the age of 80, a net loss not just for world cinema but for the documentary form at large. 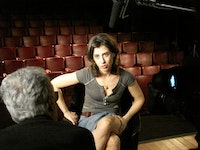 One of many sad questions following the implosion of New Yorker Films was that of their impressive (and consistently cultivated) catalog of works from Brazil, including masterpieces by Cinema Novo auteurs such as Nelson Pereira dos Santos, Carlos Diegues and, most famous of all, Glauber Rocha.