Scene One The Toadstool sings a song lamenting that his life is at a standstill. He can’t go anywhere. He feels damp. An expansive fungus creeps in to enlighten the toadstool. Fungi can take over the world! The toadstool must spread his roots and travel to exotic places.

Looking to the Neo-Future: (Not) Just Another Day Like Any Other

The New York Neo-Futurists are doing something different this month. Their late-night staple, Too Much Light Makes the Baby Go Blind, has delivered a new set of “thirty plays in sixty minutes” every weekend for four years. 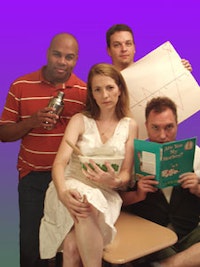 Bad Boys, and the Bad Girls Who Love Them with Caroline V. McGraw

Men are pigs. But so are women. So says Caroline V. McGraw. In her plays, though, particularly Lesser America’s upcoming The Bachelors, the porcine male is more glaringly, luridly, hilariously on display.

An eccentric comedy featuring an overachieving Girl Scout who wants to get into a good college, a Fencer who reads Machiavelli, a Clown of ambiguos gender, and a guy named Henry, Commedia is a stylized reminder that the treacherous environment of high school was only the opening salvo for the rest of one’s life. A New Georges production, it opens September 9th at the the Ohio Theater in SoHo .

Down the Rabbit Hole with Lynn Nottage

Undine: No one seems troubled by the actual charges against me. No, the crime isn’t being a criminal, it’s being broke. It’s apparently against the law to be a poor black woman in New York City. 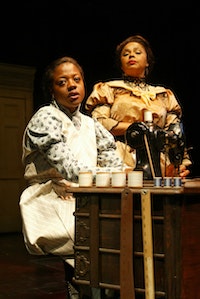 A young woman alone, searching. An object suffused with memory. A stunning, desolate landscape. An ever-present loss. Stephanie Fleischmann has mined these themes for their melancholy beauty for nearly twenty years, increasingly seeking collaboration with artists versed in new technology to portray more effectively the ineffable on stage. 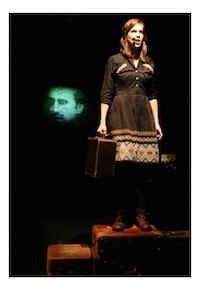 Hold onto your Bowlers: Clowning Around at HERE

“Can’t Sleep, Clowns Will Eat Me.” We’ve all seen the T-shirt, and it rings true. But why? Aren’t clowns supposed to be cute and cuddly and friendly? Why do people fear clowns?