The Woman Who Married a Bear

The Indian story about a woman who married a bear gets told in many ways. I see it happening in Vermont. That’s where I’m the woman who got lost in the woods and spent a night in the snow, on a bed of two leather gloves. 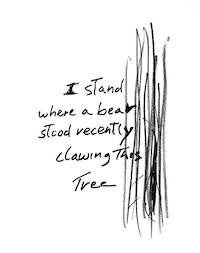