Sometimes it’s easier to take the money. Reading nonfiction, especially this last decade, has already taught us that. In an age of social media where erudition can become entertainment and even pop culture can be weaponized, isn’t it safer to pay for play? Not Really.

Neil Gaiman, the legendary Neil Gaiman who, along with Alan Moore and Garth Ennis rebooted U.S. comics around the cusp of the ’80s–’90s, who scripted the English version of Princess Mononoke, who wrote the original graphic novel that formed the basis for the movie Stardust, and wrote one, and only one issue of Hellblazer.

There Ought to Be Fireworks

Spitz’s choices with Jagger fall so appallingly short of the mark that it seems a de facto argument for Richards’s model: become famous, find a collaborator like James Fox, and then get to work on your memoirs. 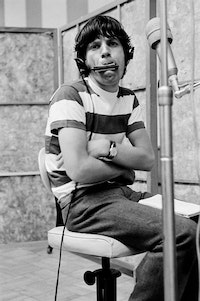