I’m a Person, Too, You Know: How Corporations Stole our Identities

Believe it or not, the United States started out as a haven for the anti-corporate people of the world. Those who founded this country possessed a great distrust of corporations. So much so, in fact, that not one right was explicitly granted to corporations in the Constitution. The very word "corporation" does not appear in it, not once. It thus may seem a little incongruous that today corporations are granted nearly the same rights under this authoritative document as are individual United States citizens. 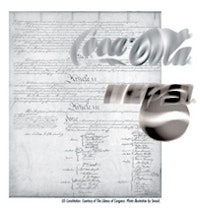