The Belly of a Filmmaker: Peter Greenaway’s Eisenstein in Guanajuato

Herewith the film’s medley of unusual visual tactics commences: superimposition, triptych photography, and interminable tracking shots, one of which will pivot fastidiously around a Doric column as though the film has become momentarily distracted by architecture. Put simply, Eisenstein in Guanajuato is a Peter Greenaway film, and another of the British expatriate’s biographical forays into art history.

John Paizs’s Crime Wave debuted at the 1985 Toronto International Film Festival to local acclaim. A Winnipeg-based filmmaker, Paizs had authored a work for which there was no clear precedent: it was decidedly less profane than David Cronenberg’s body horror films, which were at the time Canada’s most visible cinematic export. 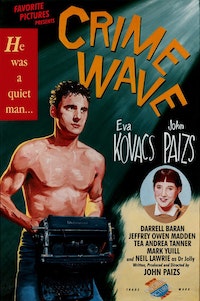