VIVIEN BITTENCOURT
In the Arms of Time

When you walked into the gallery—light, low, and airy—the first thing you saw were large color prints of Doric temples at once warring Sicilian towns, the single photo of the temple at Segesta made at a distance.

The Biography of a Great Poetry

While the Collected Poems is retrospective, printing the poems Auden wanted as he wanted them by the time of his death, the Princeton Poems, exhilaratingly prospective, prints the poems as they first appeared in individual books, recreating Auden’s poetic development as it actually happened from 1928 to 1972, including many poems later eliminated, plus the poems from the posthumous Thank You, Fog. 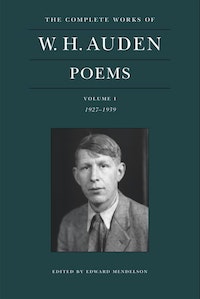 A Dance in the Aftermath: Peter Laughner, Smog Veil Records, 2019

If a professional musician was never a personal friend, you’re likely to have never wanted to hear demos, band practices, gigs recorded from the audience, radio broadcasts, and tapes made at home. But if the musician is Peter Laughner, an extraordinary singer/songwriter and a feral guitarist from Cleveland, Ohio, the only studio records are the first two Pere Ubu singles (“Thirty Seconds over Tokyo / Heart of Darkness” and “Final Solution / Cloud 149”)—on which he played guitar but didn’t sing—made shortly before he was fired from the group he’d founded with David Thomas. 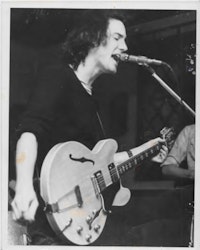 The Fall’s previous studio album, Sub-Lingual Tablets, ends with guitar lashed diatribes against Facebook and iPhones, and the first cut on New Facts Emerge is “Segue”—so what’s the target this time? 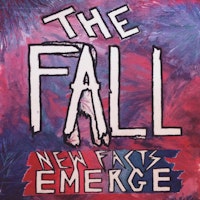