The Mind of Torture

When it comes to torture, the American Psychological Association has multiple personality disorder. A troubling ethical question divides its ranks: What role, if any, can psychologists play in war-on-terror interrogations? Officially, the APA says that the presence of good psychologists is critical in places like Guantanamo Bay. 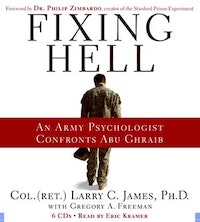