When We Idolize Art

Art criticism in Slovakia is arguably reminiscent of a laboratory in which individual experiments, independent of each other, are pretty much predictable based on an awareness of the evolution and patterns of critical thinking and how it is put into practice in Western countries. 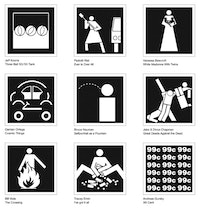