While art criticism languishes in the doldrums, I get my information on who to watch, what to read, must see shows, and related matters from Twitter and Facebook. These two networking services, which I consult throughout the day on my iPad and my iPhone5, have become indispensable sources of information for a variety of reasons.

Sturm und Drang, a solo show from Nicole Eisenman that’s on view at The Contemporary Austin through August 16, features representative examples of her art. No matter the medium, she excels. Besides her skill at making things, she forcefully expresses herself with aplomb, conviction, empathy, bravado, and a gift for visual storytelling.

Laura Hoptman is an old hand at finding new talent. Time and again, Hoptman has shown that she has a good eye, a searching intelligence, and a sense of history. Years ago, during her first stint at the Museum of Modern Art, she introduced many of us to Maurizio Cattelan, John Currin, and Luc Tuymans.

Because many of his figures appear in settings with backyard swimming pools or the ocean, a range of blues dominates his works. Frequently, his subjects are more memorable than his technique.

Oscar Murillo’s latest paintings are big, bold, and breathtaking. They would not look out-of-place in a survey exhibition featuring significant works by Joan Mitchell, Helen Frankenthaler, Al Leslie, Harry Jackson, and Grace Hartigan. Anyone who ever considered this 36-year-old artist a zombie abstractionist should take note. He has matured into someone who should be considered an honorary second-generation Abstract Expressionist.

It’s an illuminating show. Instead of confronting lots of sculptures lite, as some would have it, this retrospective illuminates the changing role objects have played in Koons’s career. Digging deeper, you’ll notice, too, that the terms statues and sculpture are not interchangeable. Though paintings and prints are on display here, the large, three-dimensional works primarily draw our attention. 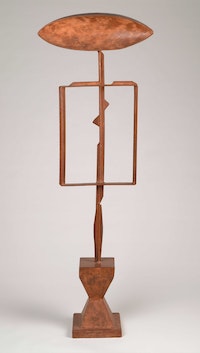 Michael Williams was among the unlucky artists who had a solo show shuttered when New York went into lockdown in mid-March. On view for only two weeks, his exhibition at Gladstone Gallery in Chelsea featured 11 large paintings and five small collages. While these works are now accessible on the internet, this isn’t an ideal way to view them—partly because of the way they were made, and partly because his installation was integral to how you respond to his art. 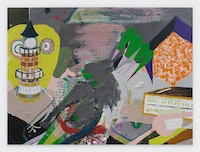 As it is, Sillman is a gamechanger. Her paintings and drawings reframe long-held notions regarding the look and emotional character of abstraction, a style that enjoyed its golden age in America a half century ago during the 1960s. 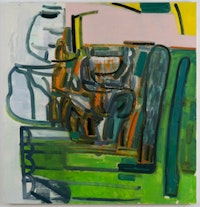 In 1969, Georg Baselitz, then a 31-year-old artist based in southwest Germany, began painting people, places, and things upside down. Over the course of the following decades, his art changed considerably. Nevertheless, he still inverts his subjects. This practice, coupled with existential themes, remains the hallmark of his art. 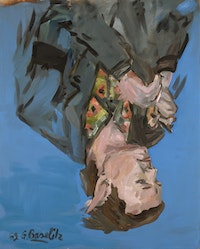 Sculptures, installations, assemblages, photographs, and other works executed by Giuseppe Penone and his Arte Povera colleagues often look off-kilter and slightly madcap. Think DIY. Or picture these Italian artists, active since the late 1960s and early ’70s, stranded on a deserted island and joyously making art from found materials.

Josh Smith has done it again. With a palette favoring lilac, tangerine, lime, and citron, he has transformed a relatively bland subject into a fevered dreamscape. 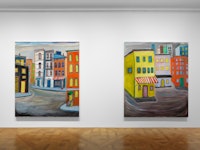 Before the Internet and social media, it was easier to read about Jackson Pollock ’51 than it was to see the film Hans Namuth directed and Paul Falkenberg produced.

Robert Motherwell was a multi-hyphenate artist. He’s entered art history books as the youngest and best educated of the first wave of Abstract Expressionists. But Motherwell also enjoyed a significant career as the editor of the “Documents of Modern Art” series, among other publications, and as a Hunter College professor.