How Kora Was Born

as sung by Papa Susso to Bob Holman 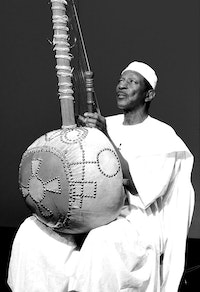