With more than eight million people packed into just 300 square miles, New York relies on resources from other areas to sustain its population. We pump our drinking water in from the cool streams of the Catskill Mountains—a billion gallons per day of water so clean it doesn’t even need to be filtered. The electricity we use is also generated many miles outside the city—far enough away that it’s difficult to mentally connect power plant to light switch. 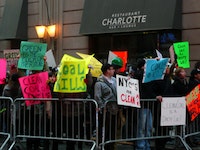