Addressing the Needs of the Neglected

As the queer community continues its crusade towards greater visibility and enjoys the benefits of mainstream representation, there remains a vulnerable sub-group that has yet to enjoy these fruits of progress, and instead grows at an alarming rate: homeless queer youth. 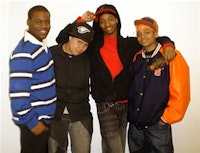 Running up That Hill: A Tale of Kiki & Herb

On a recent afternoon Justin Bond and I strolled through the Metropolitan Museum’s special exhibit, Glitter and Doom, German Portraits from the 1920s. Surrounding us were images of perseverance in the wake of war, of a people stabbing forward into the headwind of political and social change. “I wish I were in one of these,” Bond mused.

Taylor Mac's The Young Ladies Of...

Taylor Mac is a New York-based playwright and performer. His work, including Red Tide Blooming and The Be(a)st of Taylor Mac, has been staged locally at spaces including PS122, The Public Theater and The Spiegeltent. Internationally, he has performed at The Sydney Opera House, London’s Soho Theatre, Battersea Arts Center Theatre and Stockholm’s Sodre Teatern. He was the premier recipient of the Ethyl Eichelberger Award, as well as a playwriting fellow with The Ensemble Studio Theatre’s New Voices program. Mac is currently a HERE Arts Center Resident Artist, where his new play, The Young Ladies Of…, (director, Tracy Trevett) will run from September 26–October 19. 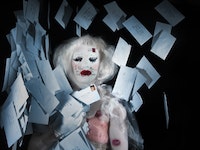