Ludwig van Beethoven (1770 – 1827) and Jean-Auguste-Dominique Ingres (1780 – 1867) stand as colossi between two epochs. With limitless reinvention and self-contradiction, the two of them translate the Classic into the Romantic, without losing one iota of the original’s meaning. 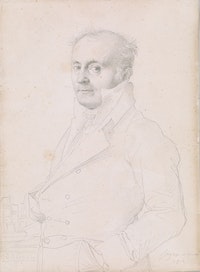