The stories we tell ourselves, and the mythic proportions they assume, are so much of what drives us: wealth stems from diligence; I live in the greatest country; Dad is impossible to please; money is the root of evil; government is just; no one liked me in high school; prayer leads to salvation. 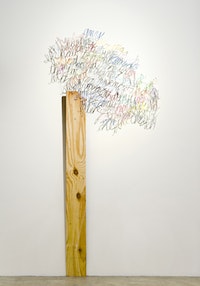 When Diego Rivera and Frida Kahlo lived and worked in Detroit in the early 1930s, Rivera lauded the city as an example of, “the great saga of the machine and of steel.” Kahlo, in contrast, described it as “a shabby old village.”

Gertrude Stein’s line that there is “no / repetition / only insistence” means we can revisit but never duplicate an experience, and suggests the extraordinary range of responses such revisits can generate. Among them: soothing (simple rhythms of lullabies and nursery rhymes); dull (the endless acts of sex and violence detailed in the novels of Marquis de Sade); communal (holiday and religious traditions). 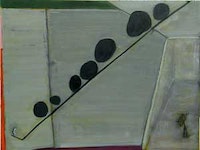 In the film Chinatown, Roman Polanski (playing “man with a knife”) slices the nose of Jack Nicholson’s character, Jake, requiring the detective to work with a white bandage covering the center of his face. 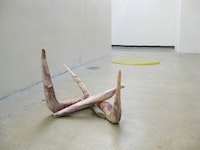 Her elegant, weirdly engaging paintings are serial depictions of a female figure in varied, often riotous grounds that convey a distanced but binding romance between a figure and her surroundings. 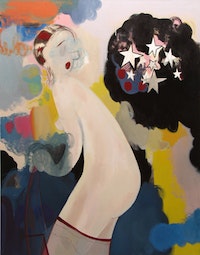 Does the term late capitalism still define the period preceding the system’s predicted downfall, or could it, like late childhood, refer to a stage of development? Georges Perec’s 1965 novel, Things (Les Choses) suggests that there is a connection between things and happiness, that Western consumer culture quite possibly holds previously unseen and unpredicted promise for its citizens’ welfare. 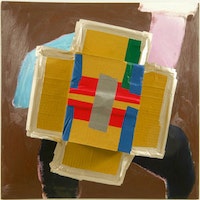 The Museum of Contemporary Art Detroit, which occupies a former car dealership in the city’s midtown, that measures 21,000 square feet, opened in October 2006. Initially MOCAD seemed to be a determined, yet fragile, experiment, but now, one year later, the space has proved to be solidly successful. 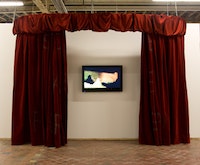 “I don’t develop characters psychologically. In American Genius, A Comedy, I pushed to do it psychoanalytically—the character talks itself into being, through its articulations and mistakes. I wanted the novel to go into the biggest issues, like race and racism in America, and then back to the minute, like a bad dinner partner or a facial. ” 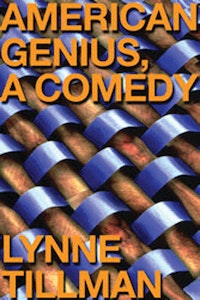 “In the beginning was the word and the word was mud” (John1:1). This quote prefaces Good Brother, by Peter Markus, detailing characters living and surviving in a particular, diminished landscape.

WAX On, WAX Off

The Williamsburg Art neXus (WAX) has certainly lived up to its name. Since opening in 1999 as a noncurated theater space for dance under the direction of Marissa Beatty, Brian Brooks, Melissa Rodnon, and David Tirosh, all performing artists, it has become the de facto community dance hub. 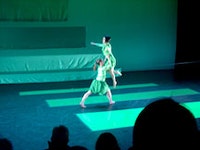 Fortification Resort counts on guests to respect our specially designed bylaws, and to engage in periodic personal exile. For self-repair. Some of what we provide: nourishing food, body creams, seaside views, organ protection.

I have spent the last two decades making clothes, accessories, dishes, and beds for humans and pets.

The new tenant tips his head to the side and looks just above or below a person’s eye during conversation. ...