Kiki Smith sat down with Sam Messer to discuss his collaborative work with the writers Jonathan Safran Foer and Denis Johnson, now on exhibit at Fredericks & Freiser. Smith and Messer met in 1996 at the Moonhole Artist Colony on the island of Bequia, which is part of St. Vincent and the Grenadines. 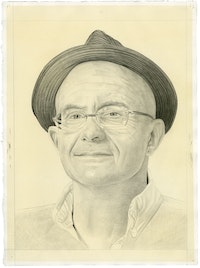 In less than an hour I was smitten by Kiki and knew this creative person had to make prints at ULAE. She had already acknowledged she knew that I was “that guy that made prints on Long Island.” So I invited her to come to the studio. I have never met an artist or person like Kiki Smith and to this day my love and admiration for her continues to grow. I am grateful she agreed to answer my questions.

Kiki Smith was born in Nuremberg, West Germany in 1954 and now enjoys living in a state of confusion. Besides that, she likes art and nature and the color blue. 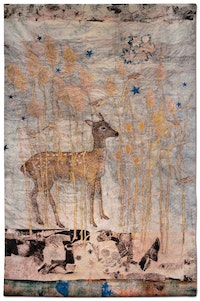 If I Could Say This With My Body, Would I. I Would

By Anne Waldman and Kiki Smith

Anne Waldman is the author most recently of Manatee/Humanity (Penguin Poets 2009), Matriot Acts (CHAX Press 2010) and the co-editor of Beats at Naropa (Coffee House Press, 2009). Her play RED NOIR was recently produced by The Living Theatre, directed by Judith Malina and had a two and a half month run in New York City. She is the Artistic Director of the Jack Kerouac School's Summer Writing Program at Naropa University in Boulder, Colorado. She has collaborated with artists Donna Dennis on Nine Nights Meditation, and with Pat Steir on Cry Stall Gaze. 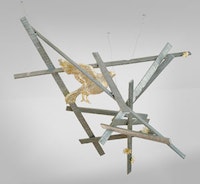