To quote Whitney Houston, “I believe the children are our future.” And after sitting through two grin-inducing, inspirational performances choreographed by dancers between the ages of 6 and 23, I believe this even more, particularly when contemplating a new generation of movement creators. 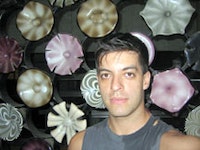 he Bringing the Noise youth open mic doesn’t start until 6 pm, but already teenagers swarm the sidewalk outside the venerable Nuyorican Poets Café.