Filmmaker and composer John Carpenter’s most notorious antagonist is known to most as Michael Myers, but in the credits of 1978’s Halloween, the hulking killer is identified as simply “the Shape.”

Charlie Haden, who passed away this year after a storied career as one of jazz’s most deeply valued bassists, titled his first recording as a bandleader Liberation Music Orchestra. The choices he made on the record were both deeply political and personally intuitive; Liberation Music Orchestra is bolted to its moment in history both as a response to the fog of war and an expression of the spontaneous self. 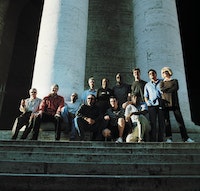 Once the initial trauma wore off, those left shaken by the 2016 election were left to oscillate between two extremes: sublimation in everyday ignorance versus mobilizing a robust public response.