With the recent victory of Alexis Tsipras’s post-referendum, streamlined electoral machine, shorn of its nettlesome Left Platform, it is finally time to soberly survey the wreckage the Syriza sequence has left in its wake.

Let Us Be Terrible:
Considerations on the Jacobin Club

Less than twenty-four hours after the drubbing handed out to the Sanders campaign on March 15—needing to win big to survive, he was swept across five states, and embarrassed in three—one of the senior editors of the journal Jacobin dashed off what can be considered the publication’s official assessment of this state of affairs (Peter Frase, “The Long March,” March 16).

Nowhere to Go:
Automation, Then and Now

It is in this serious light that we have to look at the question of the growing army of the unemployed. We have to stop looking for solutions in pump-priming, featherbedding, public works, war contracts, and all the other gimmicks that are always being proposed by labor leaders and well-meaning liberals. 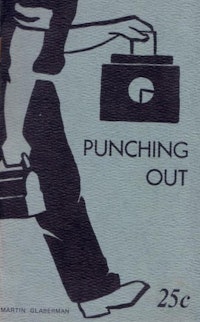 Jobs, Bullshit, and the Bureaucratization of the World

You probably first heard of him when reading, on Bloomberg.com or in the pages of The New Yorker, about his role as one of the “founders” of the Occupy Wall Street movement. Some of you might have stumbled across him even earlier, when The New York Times published a short article on the openly anarchist anthropology professor whose politics, he lamented, thwarted his plans for tenure at Yale. 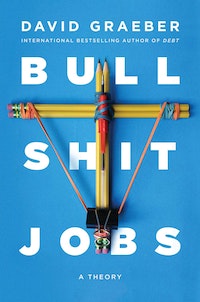 Nowhere to Go: Automation, Then and Now Part Two

On February 19, 2017, the New York Times ran a feature story on recent changes in the United States oil industry. The focus was on the recent “embrace” of technological innovation in the industry after the 2014 plunge in the global oil market.

Life Comes At You Fast

On March 3, a full two weeks before its scheduled meeting on March 17–18, the Federal Reserve announced a surprise interest rate cut of half a percent, down to 1.25 percent. It was the first emergency rate cut since October 2008, in the midst of the worst economic crisis since the 1930s. The markets were caught off-guard, and far from reassured.

Since the End of the Movement of the Squares:
The Return of The Invisible Committee

To Our Friends, The Invisible Committee’s most recent book, appears a little over seven years after 2007’s The Coming Insurrection.