from LETTERS TO MADELEINE

Little fairy, we had the same notion, we both felt the same concern: neither of us must let too much time pass before sending news. Your sweet card of today—sent on the 3rd—was an even more marvellous surprise (if possible) than your first letter, for I was expecting nothing before twenty days or so had gone by. 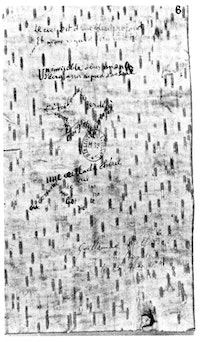