Where the Tony Meet the Phony The Hamptons Film Festival

The Rail’s intrepid movie reporter Galen Williams is known for attending as many as three films a day, acting as the sacrificial lamb who separates out the sleepers from the cinematic lemons for the rest of us. Late this fall, she braved the Ugg Boots and cashmere ponchos cluttering the Hamptons Film Festival to check out what proved to be a surprisingly progressive lineup, including a bevy of documentaries and foreign imports. Many of these films are just now hitting theaters, or will be this spring; what follows is her mini-mosaic of what to look out for, and what to avoid. Film editor Lisa Rosman also contributes her two cents. 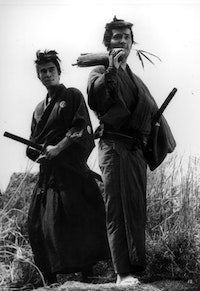