The viewer’s position in French Impressionist painting is an intimate one, even in landscapes.

Robert Lawlor, whose book Sacred Geometry has had a great influence in reawakening us to the importance of geometrical principles, symmetries, and proportions—not only for art and architecture but also for science and consciousness studies, speaks with Dorothea Rockburne, Christopher Bamford, and Robert Lawlor. 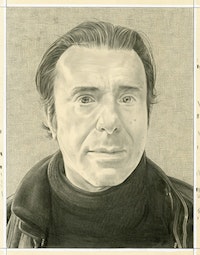 My daughter Christine and I had planned to drive to Chester Connecticut to Sol’s funeral. That morning there was a terrible storm so, along with other friends of Sol’s, we took the train.

Born in Chicago, he grew up in Los Angeles, and after having earned a B.A. from Trinity College in Hartford, CT in 1968, William Bartman immediately became involved in stage and film productions throughout the 1970’s and early ‘80s. At the West Coast Theatre Company in LA, he produced and directed several plays. Around the same time, he founded an artists-in-the-schools program, in addition to a theatre program at the federal penitentiary in Lompoc, CA, which included the staging of an all-inmate production of “One Flew Over the Cuckoo’s Nest,” as well as his work as director and co-writer of the ’82 movie “O’Hara’s Wife”—a comedy-drama starring Jodie Foster, Ed Asner, and Mariette Hartley.

By Dorothea Rockburne and Nan Rosenthal

Rauschenberg said “There is no reason not to consider the world as a gigantic painting.” The process of cropping artfully from the “gigantic painting” and then clustering the actuality and materials of the real world in and onto his art was his central project. 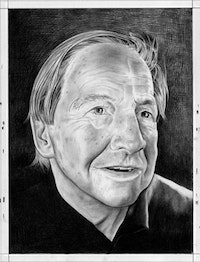 Points of Change; A Painter’s Journey

On the first floor of the Metropolitan Museum, a wondrous room from Pompeii had been reconstructed. It was once possible to walk into this room. Then, it was roped off, but it could still clearly be seen. 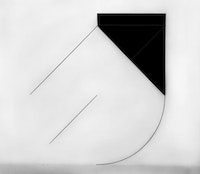