On the eve of the 1980 presidential elections, James Baldwin confessed his inability to account for why “in a nation so boastfully autonomous as the United States we are reduced to the present presidential candidates [who are] as well equipped to run the world as I am to run a post office.”

ART: The Agonist and the Ecstasy

“I suffer from a frightful disease of the mind,” declared Antonin Artaud in 1923, referring in the same letter to his poems as “the shreds that I have managed to snatch from complete nothingness.” Twenty-five years later, having endured psychological breakdowns, incarceration, and electroshock treatments, Artaud wrote a brief poetic statement intended to introduce a selection from the notebooks he had composed following his release from the Rodez asylum in 1946. 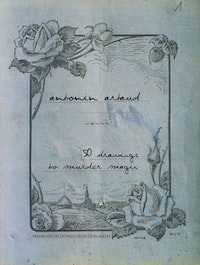 The sensibility that emerges from Cuban poet José Kozer’s labyrinthine, exuberant, questing poetry—generously sampled in this superbly produced and translated bilingual edition—can be described as attuned.

Debord, after all, explicitly defined himself and his work as part of a revolutionary project—one of his greatest hopes was that the Situationist International he had founded would in time be superseded—and for him, this project involved not only staking out terrains of combat unexplored by previous revolutionary movements, but also supporting and where possible extending the scope of existing global struggles. 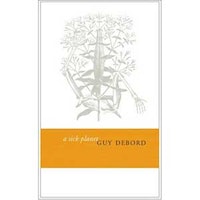