Thirty-odd years after P. Adams Sitney wrote Visionary Film, it remains the definitive account of American avant-garde film. Not least because it set a standard of critical excellence that no other scholar or critic since has even approached. Sure, as a co-founder of Anthology Film Archives and the editor of seminal journals Filmwise and Film Comment, Sitney drew on a far deeper well of first-hand knowledge than most critics. But still, it was Sitney’s careful observations, penetrating insights, and ready wit that made

A revered anthropological filmmaker who has for four decades managed to balance the two tendencies between the sensibility of the artist and the discipline of the ethnographer, Robert Gardner discusses his life and work with the Rail’s contributing editor, Brian L. Frye. 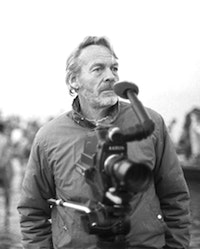 Bruce McClure doesn’t make films, he performs them. Most movies are frozen on celluloid or written on videotape. 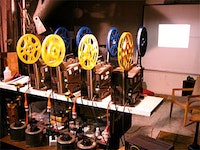