Italy is one of the countries richest in artistic heritage: it is an incomparable resource, something that has become part of the cultural DNA with the potential to lend tremendous vitality to the present. At the same time, there is a risk of this past becoming a burden. 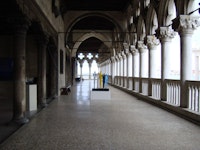