Bellevue-la-Montagne is a sleepy, almost deserted village perched high on a 1000-meter hillock in the northern reaches of France’s Haute-Loire. At Bellevue, looking southeast, you do get a fine view of mountains, of the Massif Central, whose flat-topped volcanoes dominate this part of the rugged Auvergne.

1940 was a terrible year for freethinking intellectuals. As Stalin and Hitler’s pincers tightened, a bullet and a morphine overdose saw off two of the twentieth century’s most fertile and imaginative brains: Isaac Babel and Walter Benjamin.

I’ve a vivid memory of John Berger, whose latest book, Here is Where We Meet (Pantheon), appeared this past summer: seeing him on his giant black motorcycle.

On the brink of working class and student insurgency, Guy Debord published The Society of the Spectacle (1967), his best-known text, a work that would become the radical book of the decade, perhaps the most radical radical book ever written. Utterly original in composition, its 221 strange theses give us stirring crescendos of literary power, compelling evocations of an epoch in which unity spelt division, essence appearance, truth falsity.

I never met Henri Lefebvre, the French Marxist philosopher, nor saw him lecture. Some of my friends who did said he was a real knockout. Others who had contact with him recall his warm, slow, melodious voice, his boyish passions, his virility—even in old age—and the posse of young, attractive women invariably in his train. 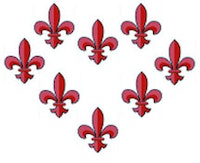 His was a life of adventures more clandestine than spectacular, and I marvel at the ordinariness of this brick abode that stands austere and silent.

The Provocations of Arthur Cravan

I can’t remember where I first encountered Arthur Cravan, the poet-boxer and wild man deserter of seventeen nations. 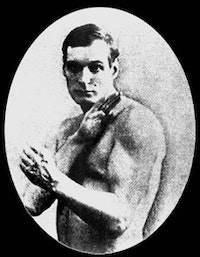 It’s one of those beautiful crisp winter afternoons. Paris is cast in radiant pink light and the sun is edging toward the horizon. From my perch atop the Butte Montmartre, the city of dreams looks just as romantic as ever, even as gaggles of tourists jostle me for a ringside view, even as Iraq, death and destruction, uncertainty and the Bush administration—the whole depressing bit—continue to rage.