Recollections from the Congresses

Distinguished Polish art historian, professor Juliusz Starzyński, one of the five founders of the Polish section of AICA in 1955, came up with the subject and the program of the 1975 AICA Congress in Poland. 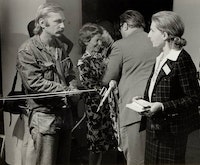