FRANK OWEN with Alexi Worth

Frank Owen has the most interesting studio I know. When I first visited, back in the late 1980s, the place was a cross between a visionary architect’s office and an automotive design shop. 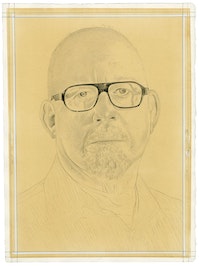 “One more question,” announced the moderator, and a woman in the front row raised her hand. “What is it with all the female genitalia?” There was a ripple of nervous laughter from the crowd, who had come to hear Carroll Dunham being interviewed about his recent “Bathers” paintings.1 “Are you a pervert?” she continued, “Are you a feminist? What’s going on?” The laughter grew, acknowledging not only the glaring absurdity of the evening’s juxtaposition—two middle-aged guys talking while a procession of giant pink nipples and anuses and labia were projected above their heads—but also, an unexpected and curious detail: the questioner was Laurie Simmons.

Surely all of us recognize that “minions on the quarterdeck” feeling, composed of equal parts fatigue, fatalism, and directionlessness. We are trying—artists, critics, and audience alike—to navigate a vast slovenly souk, and the Baedekers are mumbling.

For the past few years this has been the painting I visit most often. I love how concentrated it is—as if the biggest painting in the Met had been compressed into a shoebox. The panel itself is so modest, so slender, barely big enough for two viewers to look at shoulder to shoulder, but it contains more drama and more subtlety than any mural. 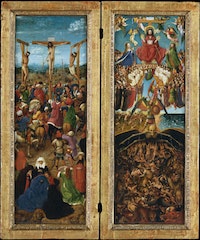