The Curiosity of the Long Distance Runner

Readers of the Brooklyn Rail may likely be familiar with Tin House, a literary magazine based in Portland and Brooklyn that produces four issues a year. The magazine is self-described as “artful and irreverent,” and keen to “stake out new territory,” which can sound generic until you read All Tomorrow’s Parties, the memoir by Tin House editor Rob Spillman, whose adventures began long before the magazine, as a four year old playing underneath his father’s piano in West Berlin in the 1960s: 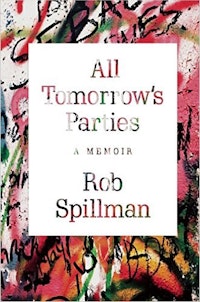 Eric Chevillard’s Prehistoric Times is meditative, radical, and humorous. This is a compliment to both Chevillard and translator Alyson Waters.