At age 11, Kenan Trebinčević found himself in the middle of a firefight, bullets ricocheting around him as he carried bread home to his family in hiding. As Muslims, they were targets of the brutal ethnic cleansing of the Bosnian War in 1993. Mortars were blowing up the street as he ran for his life. When he spotted his favorite teacher holding an AK-47, he went to him for help, but the Christian Serb turned his gun on Kenan and pulled the trigger. The gun jammed, allowing Kenan to escape, but the betrayal would be permanently etched into his memory. 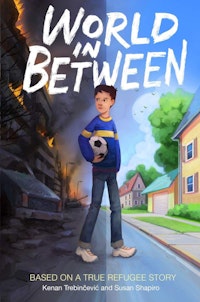