One And One Is Four: The Bauhaus Photocollages of Josef Albers

A forgotten 19th-century poet, the sad-sack hack writer, James Thomson, struggled against the grave until the age of forty-seven, eking out a living in a presumably squalid East London garret, writing copy for whatever miserable periodical would underwrite his diet of warm gin, fish and finger pies, and no dessert.

It starts with a murmur. Morphs, grows, extends, searches, unfolds. Doesn’t become a statement. Then, a scream, shock-corridor, cover your eyes, say it isn’t so. There’s no going back. 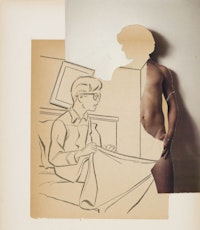 But like that broken-nosed woman on the subway wearing one blue shoe and one black shoe, you can’t shake the image. 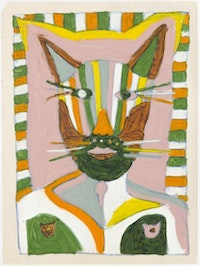 There’s a new art form in town. After the “End of Painting” and its rebirth, the rise and fall of minimalism, the up and down lifecycle of performance and multimedia art, newly coined movements and -isms now whiz by with dizzying speed.