Immersed in a luminous sweep of the color spectrum, Thater's meditative images of natural phenomena left a strong visceral impression. The following interview took place on the last day of July at her home studio in Pasadena, CA with Thater vibrantly reaching for video excerpts, books, slideshows, and ephemera to illustrate the conversation. 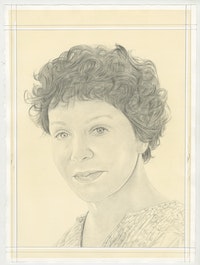 The Risorgimento of Arte Povera 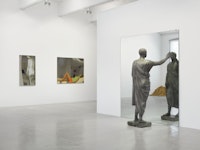 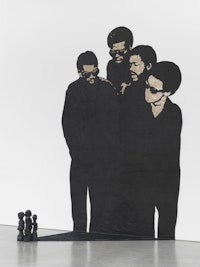 Upon entering the Museum of Fine Arts, Boston’s exhibition Klimt and Schiele: Drawn, visitors can choose between two paths. One offers an airy journey through delicate preparatory sketches by Gustav Klimt, and the other, a more agitated excursion into the wiry tangles of his younger contemporary, Egon Schiele. 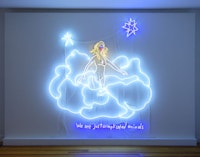 KIKI SMITH: From The Creek

From August 12 – November 19, visitors enter the domestic bliss of Thomas Cole’s Federal style home and are immediately greeted with the sensibility of his 21st century catskill neighbor, the multidisciplinary artist Kiki Smith. 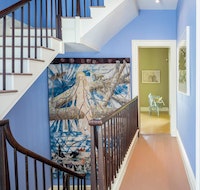 The works surveyed range from conventional depictions of the artist-at-work to products of more audacious hybrid studio practices. Jay DeFeo’s photos capture her highly sculptural paintings in various stages of completion, providing a straightforward view into the artist’s process.

Visions of Order and Chaos: The Enlightened Eye

With construction materials such as mahogany and oak originating in far-flung corners of imperial reach, at a time when long-distance travel was still an extraordinary undertaking, the cabinet itself is as much a document of empire as any of its contents. Yet, as tremors of the French Revolution rumbled to the surface, these sorts of extravagances would soon find themselves on the chopping block like so many of the period’s doomed aristocrats. 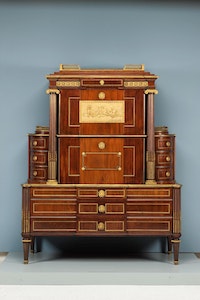 But in its best moments, Art in the Age of the Internet makes palpable the transformative power that constantly awaits at our fingertips. That feeling is much more real than virtual.

Leonard Cohen: A Crack in Everything

Well into his twilight years, Leonard Cohen continued to wander when most others might have long since settled. Of his songwriting process, he said that “Every song begins with that old urgency to rescue oneself, to save oneself.” Cohen didn’t feel isolated in these discordant stirrings; rather, for him, this was the nature of our human condition.

All of the pieces in N. Dash’s eponymous show at the Aldrich Contemporary Art Museum are untitled. By itself, this is unremarkable except if one keeps in mind that the act of naming is the first step in domesticating an object, a person, a homeland, or an idea. 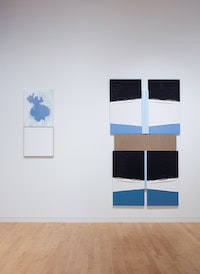 Every Wall is a Door

Relying on devices familiar to cinema and theater such as darkened rooms, outsized projection, and spectacle, teamLab aims to make visitors’ participation integral to the fruition of their artworks in the service of “democratizing” art. 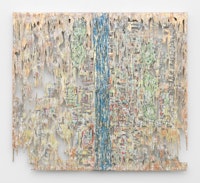 Of Masonry and Shadows

I keep a modest library of books on the subject of artists’ writings. I began acquiring it as a young artist in high school with books like Kandinsky’s Concerning the Spiritual in Art (1912) and The Diaries of Paul Klee (1964), hoping to absorb their lessons on synesthesia and abstraction. The compendium Theories and Documents of Contemporary Art (eds. Kristine Stiles and Peter Selz, 1996) followed during my time as an art history student.