Salman Toor: How Will I Know

Toor’s paintings transition easily from pleasure to violence. Although their narratives are decidedly figurative, it is difficult to fully grasp them. Instead, Toor depicts transitory moments that are rife with potentials at every glance.

Tavia Nyong’o’s timely new book, Afro-Fabulations: The Queer Drama of Black Life, opens with an introduction to the legendary New York City drag queen Crystal LaBeija. Nyong’o describes a scene from the 1968 documentary The Queen in which LaBeija expresses her frustration at the drag pageant’s judging systems, which favor her young white competitor. LaBeija engages in what Nyong’o terms “afro-fabulation;” she performs “for and against the camera” in order to undermine a system that “disparages the black femme glamour she finds beautiful in herself and others,” powerfully undermining the ways in which she is represented. 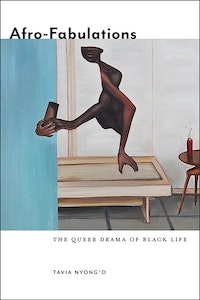