If the works contain a commentary on representation, it is not in the vein of Las Meninas (1656)—whose art historical significance is tied to Velazquez’s willingness to destabilize the representational façade—or more contemporarily, of work like Kehinde Wiley’s Napoleon Leading the Army Over the Alps (2005), but of a deeper, essential, and more documentary humanity. 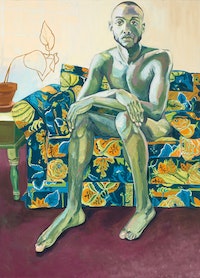 Light purple, the sort of purple that is a touch too confectionary to be called lavender or lilac or violet, the chalk-ish pastel kind that is more often found in the manes of unicorns and the most delicate sunrises, is a color I don’t often encounter as the centerpiece of serious art. 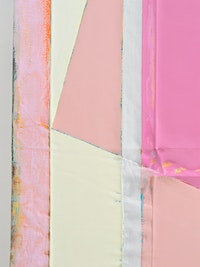 Yi To: Where the pebble hits the water

In paintings by the fledgling artist Yi To, hazy forms in various stages of development—fetal, infant, mature—confusingly intertwine, and are intermittently inspected by fully articulated physiognomies. 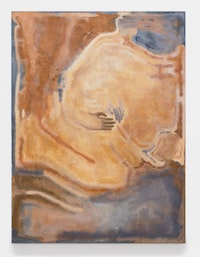 Jaimie Warren: One Moment in Time

Warren’s work is overwhelming, eccentric, outside the bounds of the normal, but it is not crazy. In fact, Warren performs carnivalesque realities no less insane than our own.

I like a lot of what I saw at the third BRIC Biennial, but I collect articles abandoned on Brooklyn curbs. Human teeth, intact ponytails, the remnants of birthday balloons, a torn copy of Sarah Waters's Tipping the Velvet—these are a few of the objects on view.

In her most recent solo show at Casey Kaplan, the 28-year-old sculptor Hannah Levy also turns to the chandelier to address corresponding sociopolitical themes: notably, what structures seem to be versus what they are. 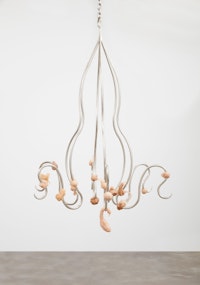 This Is Not A Prop

This summer, West (whose estate Zwirner acquired this year) is the inspiration for This Is Not A Prop curated by two 26-year-olds who work at Zwirner: Alec Smyth and Cristina Vere Nicoll. As Smyth puts it, “In a way, [West] embodies the ethos of the gallery, which has always been to show artists that are surprising and exciting and weird and doing something outside of what you would normally think of as art.” 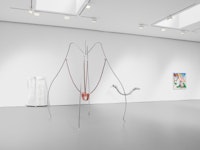 Past gallery exhibitions of Ann Greene Kelly’s work have consisted mostly of sculpture. A large part of the New York-born, LA-based artist’s three-dimensional practice involves readymades, which aligns it with that distinctly masculine, if not male tradition in which certain women artists have made a point of intervening. 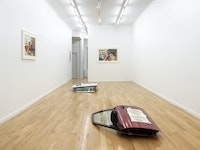 Farah Al Qasimi: Back and Forth Disco

When I returned to the city in early May, Al Qasimi’s energetic, saturated shots were not needles in the haystack of New York’s hurly-burly, but rather stark ensigns, conspicuous reminders of the individually inconspicuous lives we are supposed to be fighting to maintain.

Under the voluminous skirts of the effusively praised Jasper Johns retrospective on the fifth floor of the Whitney Museum of American Art, on the level usually reserved for educational programming, is a show of 30-or-so small works of art by women.

A fragmented mural in which pale nymph-like figures gallivant under exotic-seeming trees; life-size copper shipping containers made to look oxidized by the elements; ceramic casts of breadfruit in various stages of ripeness and rot—these are the components of Southern Oceans (2018), a multifaceted and layered installation in Bedford Stuyvesant.

The French artist Antoine Catala has made breath and language the tether points of “alphabet,” his latest show, on view now at 47 Canal. alphabet (2020) consists of 26 sculptural renderings (all made in 2020) of each letter in the Roman alphabet according to the internet font Noto Sans. Constructed from coarse black polyester of the sort used for inflatable camping pillows, the letters are attached, respectively, to 26 lung-like apparatuses, which ventilate according to a server running a program Catala wrote.

A new solo show of work by the New-York-based artist Torkwase Dyson grapples with the historically hostile relationship between the Black body and what is known in contemporary architectural theory as “the built environment.” 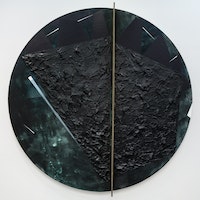 Consequently, it is fitting that the gallery’s two, otherwise highly distinct, painting shows are unified in their status as departures for their artists. Both evince softenings, emotional simplifications of otherwise complex artistic projects.

Such a feather-thin line between fear and delight, that which sucks the soul and that which saves it, is patently New York, and by the transitive property I have realized, patently Martha Diamond. 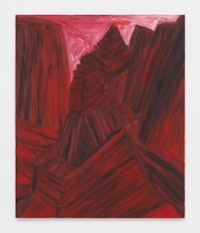 The point of painting in a digital age is not to rehash what’s already been done, or what a camera or computer can do better, but to twerk reality at the behest of curious, exploratory minds.