NICO WHEADON is the executive director of NXTHVN, a multidisciplinary arts incubator in New Haven, Connecticut. She is also an adjunct assistant professor of Art History and Africana Studies at Barnard College, and Professional Practices at Hartford Art School within the interdisciplinary MFA program.

Firmament & Flora Are The New Black 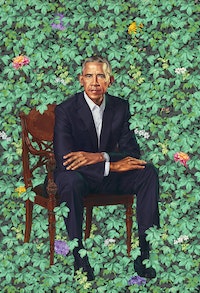 The Racial Imaginary Institute:
On Whiteness

Balancing a heavy set of curatorial, editorial, and programmatic ambitions, The Racial Imaginary Institute (TRII) pioneered a new breed of Biennial this summer that disrupted, disoriented, and dissected the social institutions upholding the monolith of whiteness.

With the launch of their second exhibition Harlem Perspectives, FACTION Art Projects—a Bristol-based arts collective who recently opened Gallery 8 in the historic Strivers’ Row district of Harlem—chimed in as a new, local voice invested in reinforcing the perception of Harlem as a hotbed for social innovation and cultural entrepreneurship.

Chlöe Bass is a highly inventive conceptual artist who utilizes every tool at her disposal to unearth the beauty held within the minutiae of the everyday.

If Wright’s “new tide” embodies the wave of social change that engulfed a segregated 1940’s America, Gordon Parks was an essential gravity that washed the revolution ashore. 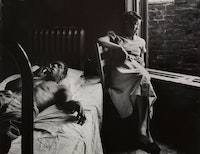 Phantom Limb is a solo exhibition of recent works by Ceaphas Stubbs, a New Jersey-based artist who collapses photography, sculpture, and collage into a singular process that yields hyper-layered 2D prints from 3D dioramic still lifes.

PHOEBE BOSWELL:
Take Me To The Lighthouse

A profoundly layered and probing exhibition, Take Me To The Lighthouse posits a simple yet sage premise—that life cuts, water heals, and light reveals even in the darkest circumstances.

Over the past decade, the community of artists of color who retell American history by remixing and repurposing its archives has reached fever pitch.

ADRIAN PIPER:
From Passing to Purple

Adrian Piper: A Synthesis of Intuitions, 1965–2016 is not the systematic web of blunt perceptions the exhibition’s title would have you believe. 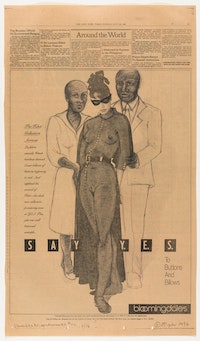 Celebrated for his mastery in mark making that captured Black dignity, suffering, and triumph, Charles White has only recently gained acclaim as a devout educator and pioneer in social practice. While his artworks took many forms over the years—spanning the canons of painting, drawing, and public art—they share an emotive formalism, powerful enough to carry the torch of the Black Chicago Renaissance, and speak across the many binaries of the civil rights movement.

In the colonial imagination, art and death have been bedfellows since the inception of slaughter as sport for the intellectual and spiritual elite. Beheadings, crucifixions, executions, rapes—these are the scenes of subjection to which art history’s early canonical pride is moored. If not for the artist’s hand, the acts themselves might’ve remained too wanton to fathom. That’s to say, without the roles of artist-as-witness and art-as-evidence, how were we to collectively imagine death, as both carnal practice and mortal eventuality? 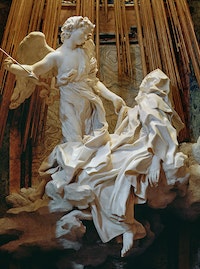 Centering public protest as the platform of the oppressed—and, in Dr. Martin Luther King, Jr.’s words, “riot as the language of the unheard”—author Aruna D’Souza offers an uncensored look at the role black artists, activists, and their allies have played in forging more equitable practices within the field of contemporary art. 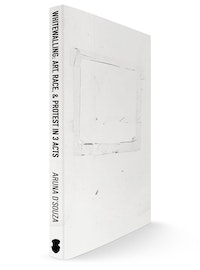