All the Threatened and Delicious Things Joining One Another

In Édouard Glissant’s book Poetics of Relation, first published in 1990, he considers the idea of opacity as something that can nurture relations between “all the threatened and delicious things.” 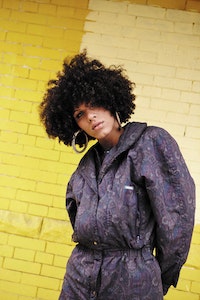 Untitled (Havana, 2000), currently installed at the Museum of Modern Art, is a challenging antidote to our milieu’s visual practices. Bruguera’s work intervenes in the representation of conflict by implicating visitors into a material environment that articulates this tension spatially.

This month, the scaffolding in Curtis Santiago’s installation at The Drawing Center hits differently than it did when the show opened in February. Can’t I Alter remains a meticulously arranged selection of interrelated sketches, sculptures, and murals installed into the hunter green scaffolding standard in New York City, where the artist is based.

The intermittent curatorial interest in location and organizing works according to the places in which they are made, has been most recently explored in New York through exhibitions such as Hilton Als’s curation of Alice Neel at David Zwirner, and currently at the Uptown triennial at the Wallach Art Gallery at Columbia University. The use of location as an organizing strategy, in the case of the triennial, gestures to “uptown” as a contemporary situating that is both deliberate and circumstantial. This common spatial orientation points to the varied modes of access to, and experience of, the city. The density and breadth of the work in Uptown poetically counters the view of the city looking towards midtown Manhattan.

The repetition of Sandra Brewster’s “Blur” portraits in the Art Gallery of Ontario’s Canadian wing has a potency that exceeds the modest room they are displayed in. Installed with precision, there is a rhythmic nature to this single series of works that is both meditative and pointed.

Tau Lewis: I bet this cave has been here for a really long time

Water is in the background of each scene in Tau Lewis’ film cyphers, tissue, blizzards, exile that she made in collaboration with her mother, Patty Kelly, in 2017. The film is a series of clips from archival family videos shot in Jamaica on a smart phone. In these low-res, ghostlike fragments, water is depicted in the distance from the street, below the boats that carry them, and above and around the camera as it rains. Water is a context, a realm, and a life support—it is ancient and deep.