I remember visiting John on the Bowery when our son Jesse was about one year old. Jesse was crying and Christie had him in her arms and was comforting him saying, “it’s alright … it’s alright.” John turned to us and said “It’s not alright. And it’s never going to be alright.” 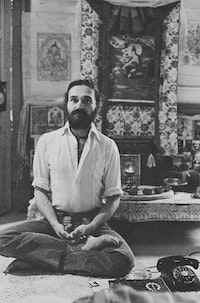