Jay DeFeo (1929 – 1989) was a remarkable artist who created a significant number of innovative artworks, both central factors to the distinct trajectory of The Jay DeFeo Foundation. Established as a private trust by the will of the artist, the trust was later transformed into a non-profit foundation. The mandates of the trust were caring for and furthering the public exposure of her artworks and encouraging the arts more generally. It was endowed with all of DeFeo’s artworks and an extensive archive, but no funding. As can be imagined, in the community of artist-endowed foundations an unfunded entity is not considered a likely or advisable model for sustainability. 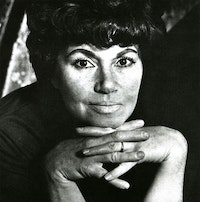