I’ve always been a fan of poetry that tells a good a story. A human story. When I opened a book of poems I received in the mail the other day, Logos by Gil Fagiani, it didn’t take me long to know I was in the hands of an honest storyteller. 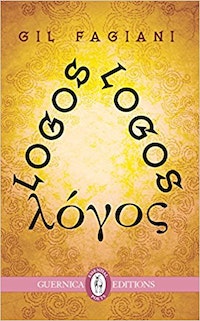