A Tribute to Jane Walentas 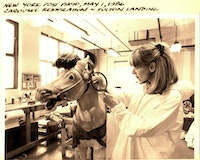