Mc Neill’s abbreviated biography sees him described as “an illustrator, sculptor, video producer, director, and raconteur,” and notes that he won an Emmy Award for his “groundbreaking opening title sequence for NBC’s Saturday Night Live.” It’s an impressive resumé, and yet it still only touches the proverbial tip of the iceberg. 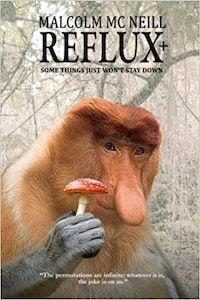