I moved to the Bay Area in 1980, after spending a year of re-orientation in New York. I had experienced most of my youth in Europe and felt out of touch. It was a pre-internet world, but also a pre-CNN era when cultural perspectives were separated. 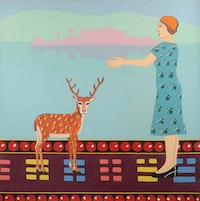